TikTiks was a secondary ticket market startup focused on sports tickets, think StubHub but local to Calgary, AB. As a startup, capturing the imagination of new users and then keeping them are two entirely different problems and require either 1. A large ad budget 2. Virality, or 3. An audience that already has fanaticism built into it.

Since we were targeting Canadian markets first, we focused on them which meant we had the audiences of 7 teams to capture. Daunting to say the least. However, we understand that we didn’t need to build the audiences from scratch, only to find them.

So we turned to the communities that already existed for each team, Facebook Groups. Groups for the Canucks, Oilers, Flames, Jets, Leafs, Senators, and Canadians were in abundance, however, some had between 1,000 to 50k+ fans each.

We knew where our audiences were, but it was gaining permission from each group’s admins and then the fans themselves that became our new problem to solve.

After identifying our audiences and where they resided, our focus was to design graphics that matched their values, hockey after all, was more than just a hobby for many fans, it permeated their lives. Therefore, we needed to design a standard for our campaign that could identify as hockey and still be uniquely Tiktiks.

The first step we took was differentiating between trying to entice the admins and adding value to their communities. Recognizing that they had built communities was important, as they had been approached by MANY brands trying to give them free tickets, swag, etc.. There was no short supply of gifts.

Instead, we devised a way to add value to their community with a simple game day contest… FIRST GOAL!

The First Goal contest isn’t a new contest idea, in fact, The Calgary flames hold one on Twitter. The difference is that ours had a point system that encouraged users to visit our website to see the standings.

Every game day, we would post the contest inside of each respective Facebook Group, link to our post on Facebook and engage with the followers. As you can see below, not only was the engagement high but also the opportunity to encourage new followers.

Rather than focus on building a strong following on our channels to convert to clients, we focused on reaching a goal that provided social proof and trust. To do this and simultaneously build our brand awareness, we took the above objective of creating value and approached Facebook Groups with established communities already in place.

Gaining access to them meant we needed to give something in return, nothing is free after all, and we did this in the form of tickets to the Admins in exchange for posting our first goal contest in their group.

This gave us access to thousands of fans, nearly 100k across Canada, from

Our work in building TikTiks’ community resulted in 4,457 followers on their Facebook Page, an extension of their brand to over 100k validated hockey fans across Canada via Facebook Groups, and a sought after daily contest that reached 3,000-11,000 people (400-1,300 engagement per post).

The extension of this community supported TikTiks’ move into other markets which led to new users across North America in Hockey, Football, and Baseball. 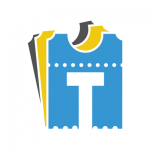 We connect #sports fans to each other, so you can buy and sell #tickets from your mobile. Secure transactions.

Are You Building an Online Community?

Feel free to message us and find out how we can help, that’s why we’re here!